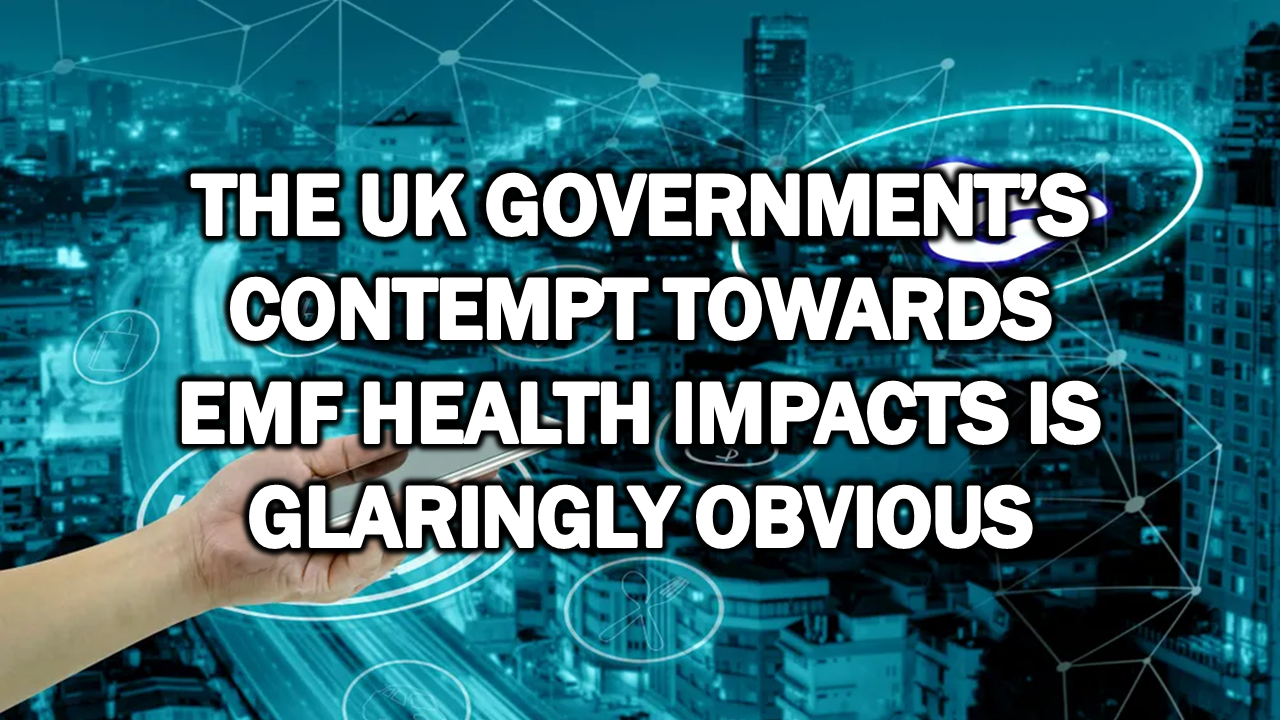 “The current plan with regard to 5G is to put out tens of millions of 5G antennae all over the EU, all over the US, all over many other parts of the world, such that we will be irradiated almost continuously no matter where we go. And the current plan is to do that without even a single biological safety test of genuine 5G radiation. This is absolutely insane,” Professor Martin Pall told Clinical Environmental Medicine (“Scopro”) in 2019.

Scopro is a learning solutions service provider in the field of advanced medical and scientific training: “We have developed our own education in collaboration with the European Academy for Environmental Medicine (EUROPAEM) and the German Association of Environmental Physicians (dbu).”

In March 2020 the Digital, Culture, Media and Sport Committee launched an inquiry into Broadband and the road to 5G – how realistic the ambition is, what is needed to achieve it, and what the Government’s target will mean for businesses and consumers.

In its latest report dated 22 December 2020, the Committee’s conclusions focused on funding and the ability or inability of the UK government to roll out and meet its “pledge to deliver nationwide gigabit connectivity by 2025” entirely disregarding the health impacts of their ambitions.  Earlier in the report, the Committee noted the Government’s targets:

The timescales and technological scope of the Government’s targets for gigabit connectivity have evolved considerably over recent years. In 2018, the Government set out its ambition for full-fibre broadband to reach 15 million premises by 2025, with nationwide coverage by 2033. However, the Conservative Party’s 2019 manifesto accelerated this aim stating, “we intend to bring full-fibre and gigabit-capable broadband to every home and business across the UK by 2025”. Since the election, and in its evidence to us, the Government dropped the manifesto’s explicit mention of full-fibre, pledging instead the technology-agnostic aim of nationwide gigabit-capable broadband by 2025.

At the end of the report is a list of written evidence received by the Committee.

We made a cursory search through the report for references made to evidence submitted looking for an indication that the health impacts of rolling out 5G had been duly considered.  Shockingly, the only evidence the report seemed to consider was from Government agencies and officials, Ofcom and the telecommunications industry – for example, O2, Virgin Media, TalkTalk, Openreach, Truespeed Communications, Sky, Confederation of British Industry (“CBI”) – and mostly in the form of oral evidence.  Were the British public invited to give oral evidence we wonder?

As an indication the Committee had at least considered it, the only reference to evidence submitted by the major stakeholders – the British public – is that shown in the image below:

Based on whose evidence the Committee took into consideration, the Government’s perceived “stakeholders” can be presumed as themselves and corporations who stand to make substantial financial gains and it’ll come as no surprise that “health” was only mentioned six times in their report:

For those who wish to read it, we have attached a copy of West Wales 5G and EMF Health Awareness Group’s written evidence (BRO0073) below which begins: “[We have] created this briefing document so that the Committee may educate themselves about the detrimental environmental and health factors implicit in the planned rollout of 5G.”

Links to all written evidence received and published by the Committee can be found either in the list at the end of their report or by following this LINK.

The Committee has added a header for each piece of written evidence they publish, including BRO0073 attached above.  Their header tells us all we need to know about how seriously, or rather the disdain with which, the Government views the evidence submitted to them. It is, quite frankly, an insult and an outrage:

In July 2021 the European Union published a 198-page report: ‘Health Impact of 5G: Current state of knowledge of 5G-related carcinogenic and reproductive / developmental hazards as they emerge from epidemiological studies and in vivo experimental studies’.

The introduction of the next generation of RF, 5G, has begun on mobile networks. 5G is not a wholly new technology, but an evolution of already existing G1 to G4 technologies.

5G networks will work within several different frequency bands, the lower frequencies of which are being proposed for the first phase of 5G networks. Several of these frequencies have been or are currently being used for earlier mobile communication generations. There are also plans to use much higher radio frequencies at later stages of the 5G technology evolution.

The new bands are well above the ultra-high frequency (UHF) range, having wavelengths in the centimetre (3–30 GHz) or millimetre ranges (MMW) at 30-300 GHz. These latter bands have traditionally been used for radar and microwave links and very few have been studied for their impact on human health. [emphasis our own]

Although the EU’s report is limited to two aspects of health – cancer and the babies’ development – the abstract clearly demonstrates that the health impacts need to be studied and assessed before subjecting populations to unavoidable and widespread EMF:

The International Agency for Research on Cancer (IARC) classified radiofrequency (RF) EMF as ‘possibly carcinogenic to humans’ (Group 2B) and recently recommended RF exposure for re-evaluation ‘with high priority’ (IARC, 2019).