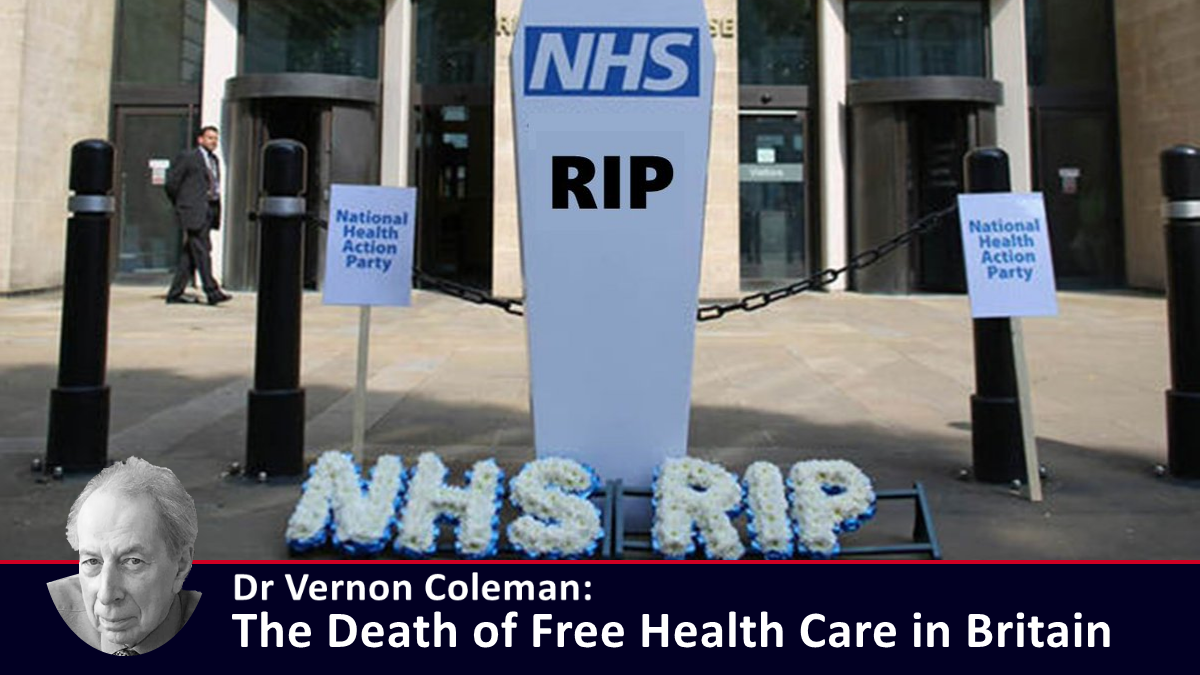 An old man in hospital had received no nursing care for a week. He wasn’t fed for three days. He asked a nurse if he could be bathed. She brought him a damp paper towel and told him to do it himself.

A 92-year-old former ward sister was told that she had terminal liver failure. The doctor had apparently conducted an examination via a video link. A face to face visit was refused. Taken by a relative to the local A&E department, the woman was diagnosed with a simple infection – treated with antibiotics. Three days later she made a full recovery. (There had been a 12 hour wait on a ward trolley.)

A patient was admitted to hospital as an emergency had to wait 49 hours before a bed could be found for him.

A patient with a broken arm, in great pain, was told by an ambulance service that her condition wasn’t life threatening and that the wait would be eight hours.

An 89-year-old woman waited six hours for an ambulance and died.

It is now recognised that failing ambulance services are responsible for many deaths. In Northern Ireland ambulance delays were a contributory factor in 14 deaths. Ambulances spend 25% to 30% of their time waiting outside emergency departments.

An NHS boss who had a stroke was taken to hospital by her husband and recovered. She said it might have been different if she’d called 999.

Waiting times for ambulances have never been as long. The ambulance service is so bad that patients are told to call a taxi – it’ll be quicker.

Hospitals are so badly run that millions of people would rather stay at home – even if that means dying alone and without medical care. Hospital staff have taken away dignity and hope – even these are among the most valuable things a doctor or nurse can offer. They have replaced hope and dignity with despair and disillusionment.

Seriously ill patients who visit Accident and Emergency units in hospitals must routinely wait ten hours for treatment. It is reported that 90% of patients who visit A&E go there because they cannot contact their GP. That’s not surprising. The average GP now works a three day week or less. Most made a fortune giving covid jabs and are trying to keep their tax bills down. Even those who work a full week manage less hours than a librarian – and never see emergencies. Many GPs stay at home and still refuse to see patients face to face. The evidence proves this is dangerous but it is, say doctors, the future. GPs claim they are overworked but the evidence proves the contrary.

Physiotherapy departments which shut in March 2020 are still shut. Physiotherapists work from home though no one explains how they manage this.

While patients are ignored, the NHS spends a fortune on hiring ‘equality, diversity and inclusion’ administrators – though no one knows what these people are supposed to do or why they are considered necessary. Hospitals pay huge salaries to employees with jobs as bizarre as ‘Hard FM Commissioning Manager’ and ‘Portfolio Lead for People-Led Care’ – though no one seems to know what these titles mean. There’s a shortage of nurses and beds but ‘Equality chiefs’ are paid £90,387 a year and there are ‘diversity managers’ galore.

People who collapse at home or in the street are routinely tested for covid – even though the test that is used has been proved to be entirely useless. If they test positive they are put on a covid ward and forgotten. They receive no other tests and no treatment. This isn’t medicine – it is cultism.

Patients who complain are simply drugged and sent to sleep. There appears to be war on the elderly – with hospitals slapping Do Not Resuscitate notices on just about everyone over 60 (and a good many younger than that).

Everyone who falls ill is regarded by the NHS as a burden – a second class citizen. Everyone ill over 60 is a 3rd class citizen – not worth bothering with.

MPs have warned that there is no evidence that Britain’s appalling cancer care will catch up with other countries. Another 2.7 million have joined the cancer backlog waiting diagnosis and care. The number is increasing by 1,000 a day.

The driving forces of modern medicine are stupidity, greed, incompetence and ignorance. Doctors and nurses seem too busy or too uppity to do what they’re paid to do.

Doctors and hospitals who have been told to abandon crazy covid rules (masks, hand sanitiser and social distancing) are, like children holding onto comfort blankets, insisting on clinging to these insanities. It’s been proven that masks, sanitiser and social distancing did far more harm than good. But no one in health care understands science anymore.

Last year absurd new working rules meant that 2,000 dentists quit the NHS. Over four million patients now have no access to NHS dental care. Those who can find an NHS dentist are waiting three years for an appointment.

Hospitals have been told that it is illegal to prevent relatives or friends accompanying or visiting patients. But hospital staff break the law without caring.

Waiting lists are now so long that most patients will die before they are treated. Private health care services cannot cope with the sudden rise in demand. A third of 18-34 year olds are considering funding their own private care and 85% of patients on NHS waiting lists have paid for or are considering private treatment. Consultants are making a fortune.

The NHS has more money than it needs. But most of the money is wasted on administrators. There are more of those than there are beds or nurses!

If the NHS were closed down and the money shared out, every one in Britain would be able to afford excellent private medical care.

The NHS is dead. Let’s bury it.

Please share this article with everyone you know who can read.

We have the power to change things.

No one else will do it for us.

Vernon Coleman’s book Why and How Doctors Kill more People than Cancer is available as a paperback and an eBook.