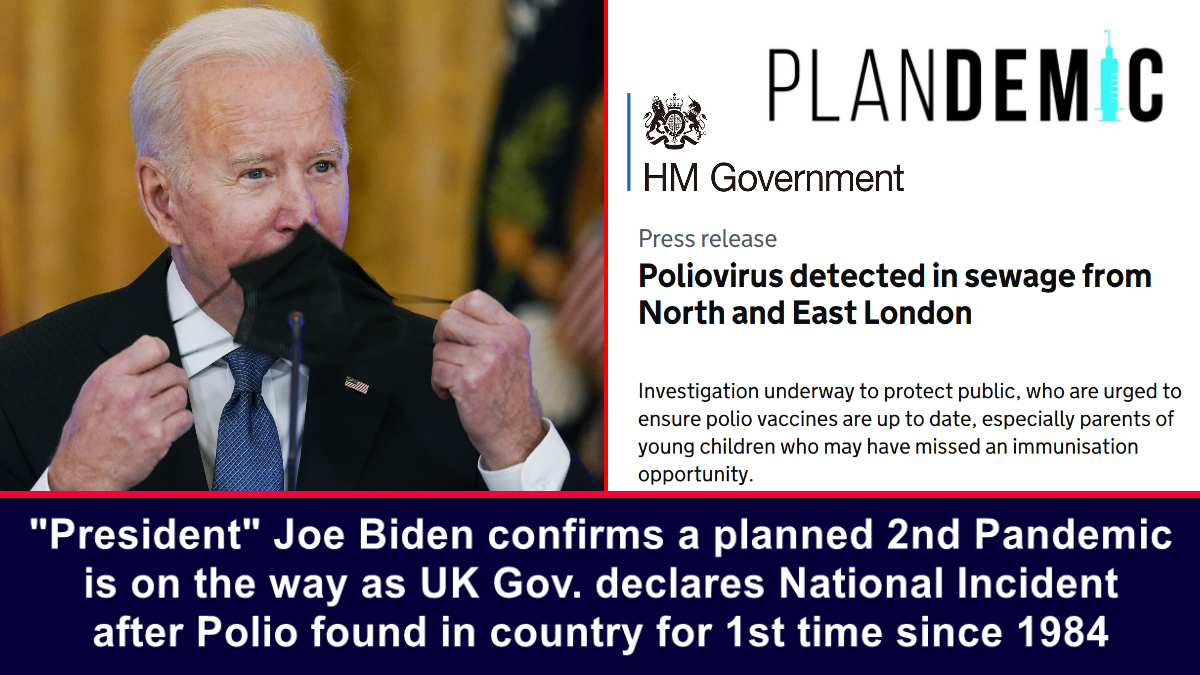 The President of the United States has confirmed that “there is going to be a second pandemic” and the United States Government urgently needs money to prepare for it. The announcement came a day before the UK Government declared a national incident after the UK Health Security Agency discovered Polio in England for the first time since 1984.

In the footage below, President Biden was asked by a journalist on June 21st how many children will the United States be able to vaccinate before the Government needs to request more money from congress.

With all the talk of “mysterious” hepatitis cases among children and the alleged emergence of monkeypox in several Western nations for the first time in history, it looks like Joe Biden may have just let the cat out the bag that these things are no unfortunate accident and it’s all planned and being done by design.

This raises questions as to whether it’s just a coincidence that the UK Government has declared a national incident just a day after Biden’s comments after the UK Health Security Agency (UKHSA) discovered Polio in England for the first time since 1984.

Investigations are underway after several closely-related viruses were found in sewage samples taken between February and May. The virus has continued to evolve and is now classified as a ‘vaccine-derived’ poliovirus type 2 (VDPV2), which on rare occasions can cause serious illness, such as paralysis.

The detection of a VDPV2 suggests it is likely there has been some spread between closely-linked individuals in North and East London and that they are now shedding the type 2 poliovirus strain in their faeces.

The last case of wild polio contracted in the UK was confirmed in 1984. The UK was declared polio-free in 2003. Wastewater surveillance is being expanded to assess the extent of transmission and identify local areas for targeted action.

Healthcare professionals have been alerted to these findings so they can promptly investigate and report anyone presenting with symptoms that could be polio, such as paralysis.

But if this discovery of polio in the UK has no relation to President Biden’s comments around a planned second pandemic, perhaps the meeting set to take place at the World Health Organization on Thursday 23rd June does.

The Emergency Committee of the World Health Organization is set to meet on Thursday 23rd June 2022, to assess whether the Covid-19 vaccine-induced shingles outbreak (allegedly Monkeypox) represents a public health emergency of international concern.

And under the 2005 International Health Regulations (IHR), Member States have a legal duty to respond promptly to a Public Health Emergency of International Concern, meaning we could be about to witness COVID 2.0.