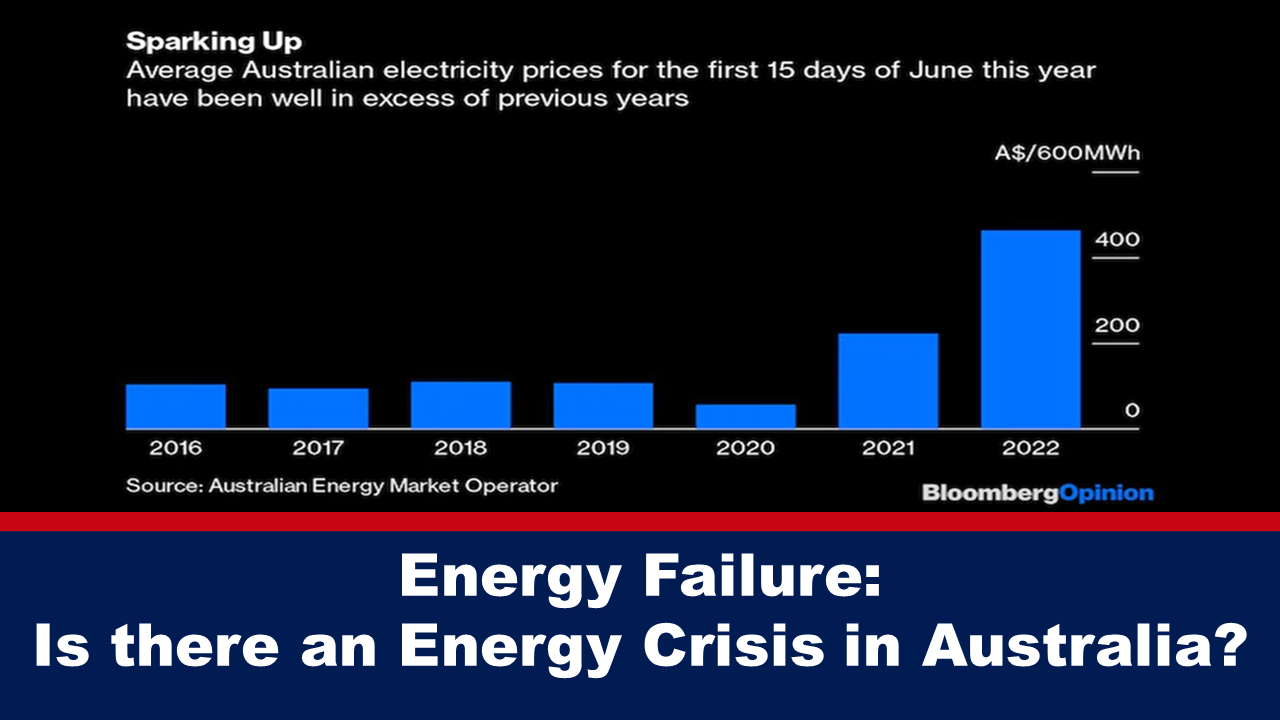 Australia’s energy market was thrown into crisis in a case of market failure, resulting in soaring prices and fears of blackouts, according to Simply Wall St. Some companies were also accused of deliberately turning off generators to throttle supply and increase the margins they could earn from other generators.

The current Labour government in Australia wants to achieve 82% renewable energy by 2030. Considering the Australian market is currently 75% fossil-fuel-powered, that’s an ambitious goal.

A crisis has erupted in Australia’s wholesale energy market over the last two weeks, resulting in soaring electricity prices and fears of blackouts in some parts of the country.

Under normal market conditions, Australia’s power generators sell power to the national grid in continuous and ongoing auctions. Over the last two weeks, several factors resulted in an imbalance between supply and demand: some coal-fired generators were offline for maintenance, a cold snap resulted in increased demand, and the price of coal and natural gas has continued to rise since Russia invaded Ukraine.

With increased demand and reduced supply, prices rose until the Australian Energy Market Operator (AEMO) was forced to step in and cap the price generators could charge. On Wednesday, the operator removed the cap as more generators came back online.

Some companies were also accused of deliberately turning off generators to throttle supply and increase the margins they could earn from other generators. This wouldn’t be the first time that electricity providers and traders have been accused of manipulating a market. In the 1990s, Enron (the company that later collapsed) used various schemes to manipulate the electricity market in California.

Countries that import commodities to produce electricity have very little control over the prices that consumers pay for power. This makes them particularly vulnerable to inflation shocks.

The World Energy Council (formed in 1923) has produced a “World Energy Trilemma Index” for the last 12 years which ranks countries based on their energy security, energy equity and environmental sustainability of their energy systems.

The top-ranking countries for this index in 2021 include Sweden, Switzerland and Denmark with ratings of AAAa.

Australia ranks 18th on that list last year, with a rating of AACa, and the C represents the third element of environmental sustainability. This is because 65.7% of Australia’s grid is powered by coal. While wind, hydro, gas and solar only make up 13.1%, 8.6%, 6.9% and 5.3% of Australia’s power grid respectively. With such concentration in one energy source and one-third of that source offline, it was a recipe for a crisis.

Simply Wall St’s Market Insights: Free market dynamics are supposed to, and usually do, encourage competition and ultimately reduce prices for consumers — but market failures can occur. Crises like this are likely to be an ongoing challenge for energy markets as the world transitions to renewable energy. The fact that solar and wind are intermittent power sources adds to this challenge as alternative sources are required to fill in the gaps. Critical industries like power generation do require oversight and regulation to mitigate these market failures.

The current Labour government in Australia wants to achieve 82% renewable energy by 2030. Considering the Australian market is currently 75% fossil-fuel-powered, that’s an ambitious goal and will require significant investment into those new cleaner energy sources. It also means coal-powered plants aren’t as incentivized to “play nice” since they know they’re on the way out.