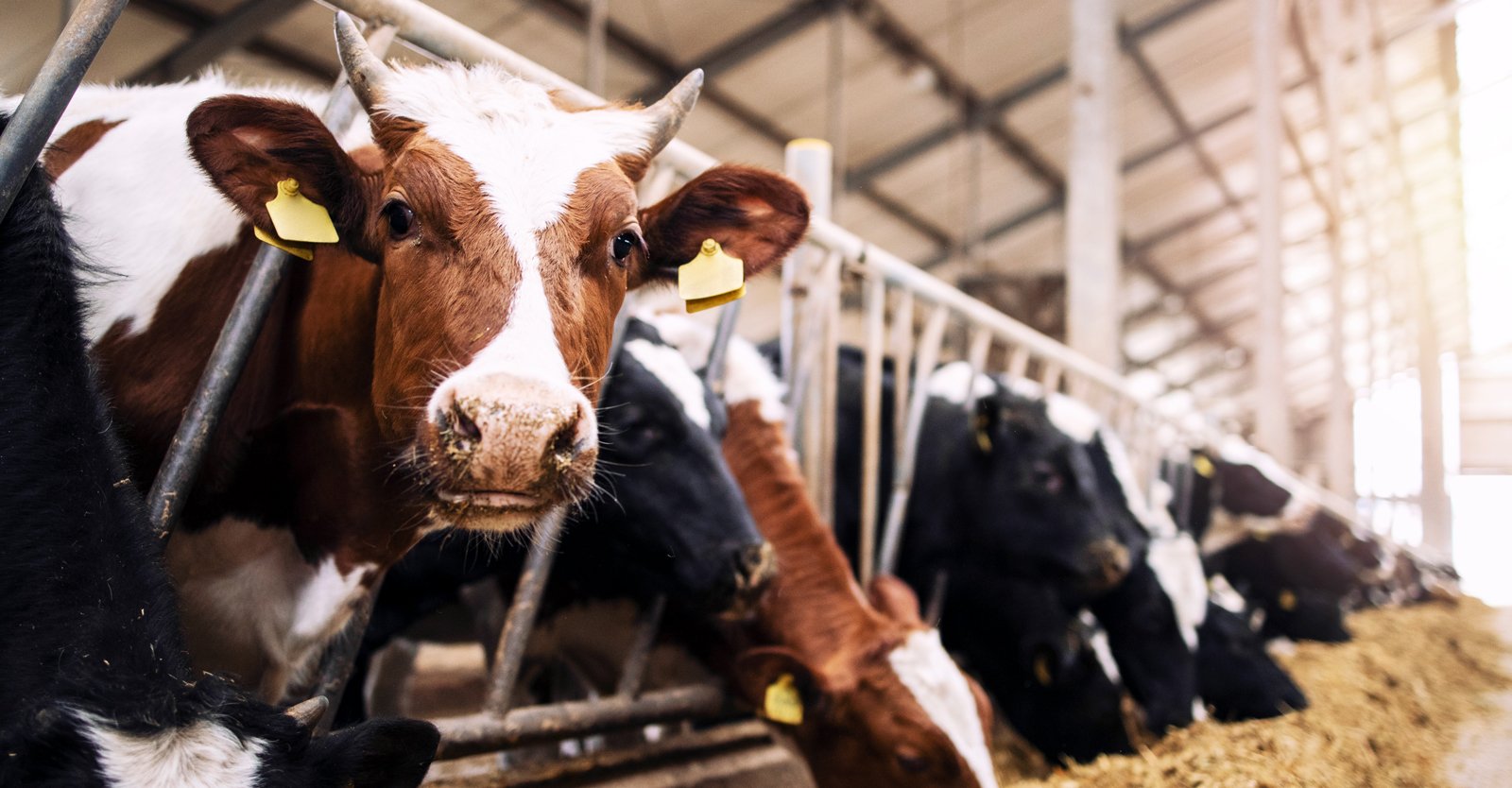 Miss a day, miss a lot. Subscribe to The Defender’s Top News of the Day. It’s free.

In as little as two years, Americans could be biting into their first gene-edited burgers, courtesy of the U.S. Food and Drug Administration’s (FDA) regulatory clearance of gene-edited cattle.

The animals, created by bioengineering company Recombinetics, have genes modified to make their coats shorter and slicker.

The genetic modification to their coats is intended to help them better withstand heat stress, allowing them to gain more weight and increase the efficiency of meat production — but at what cost?

The agency stated that the gene-edited beef cattle do not raise any safety concerns because the gene modifications result in the same genetic make-up seen in so-called “slick coat” cattle, which are conventionally bred. According to the FDA:

“There are conventionally bred cattle with naturally-occurring mutations that result in the same extremely short, slick-hair coat. Reports in scientific literature indicate that cattle with this extremely short, slick-hair coat are potentially able to better withstand hot weather. Cattle that are comfortable in their environment are less likely to experience temperature-related stress and may result in improved food production.”

But are the conventionally bred cattle and the gene-edited cattle, known as PRLR-SLICK cattle, truly equivalent? The genomic alteration in the cattle is introduced using CRISPR, or Clustered Regularly Interspaced Short Palindromic Repeat, gene-editing technology.

CRISPR has been associated with unintended mutations that may not immediately be apparent, a concerning prospect since the genetic alterations are passed onto offspring.

The FDA, however, is allowing the technology to proceed anyway, stating that because it does not expect facilities producing PRLR-SLICK cattle using conventional techniques to register with them, it would not expect Recombinetics to do so either.

They further state that food from both conventionally bred cattle and the gene-edited cattle is “the same,” based on data provided by Recombinetics:

“The FDA reviewed genomic data and other information submitted by the product developer confirming that the IGA in genome-edited PRLR-SLICK cattle is equivalent to naturally occurring mutations that have arisen in several breeds of cattle as an adaptation to being raised in tropical or subtropical environments.

To date, gene editing has been used to produce soybeans with altered fatty acid profiles, potatoes that take longer to turn brown and potatoes that remain fresher longer and do not produce carcinogens when fried.

Other uses for gene-editing in foods include the creation of low-gluten wheat, mushrooms that don’t turn brown and tomatoes that can be produced in areas with shorter growing seasons.

Gene-edited foods have already been released into the food supply, but their safety is largely unknown, as gene editing isn’t a perfect science. Unintentional off-target edits could cause changes to plant DNA, with consequences that could include growth disturbances, exposure to plant diseases or the introduction of allergens or toxins.

In animals, gene editing has led to unexpected side effects, including enlarged tongues and extra vertebrate. Often researchers don’t know the extent of a gene’s functions until they attempt to tweak it, and something like an extra vertebrate reveals itself.

Speaking with Yale Insights, Dr. Greg Licholai, a biotech entrepreneur, explained some of the very real risks of CRISPR and other gene-editing technologies:

“One of the biggest risks of CRISPR is what’s called gene drive, or genetic drive. What that means is that because you’re actually manipulating genes and those genes get incorporated into the genome, into the encyclopedia, basically, that sits within cells, potentially those genes can then be transferred on to other organisms.

“And once they’re transferred on to other organisms, once they become part of the cycle, then those genes are in the environment.

“That’s probably the biggest fear of CRISPR. Humans manipulating the genetic code, and those manipulations get passed on generation to generation to generation. We think we know what we’re doing, we think we’re measuring exactly what changes we’re doing to the genes, but there’s always the possibility that either we miss something or our technology can’t pick up on other changes that have been made that haven’t been directed by us.

“And the fear then is that those changes lead to antibiotic resistance or other mutations that go out into the population and would be very difficult to control. Basically creating incurable diseases or other potential mutations that we wouldn’t really have control over.”

It’s worth noting that, in 2019, Brazil stopped its plans to allow a herd of Recombinetics’ gene-edited cattle after unexpected DNA changes were uncovered. As with the FDA, Brazilian regulators had determined that Recombinetics could proceed without any special oversight, since their gene-editing involved modifying cattle with a naturally occurring trait.

In this case, instead of altering the cattle’s coats, Recombinetics was editing the cattle to be hornless — until something went wrong. Wired reported in 2019:

“The company, Minnesota-based Recombinetics, started preparing shipments of sperm from one of their two gene-edited Holstein bulls, Buri. With it, breeders planned to create about 10 calves to prove the edit could be passed down, and to study their health for a few years while they lived in Brazil.

“If it all went well, they’d try the edits in a more elite dairy stud (sorry, Buri) and move into the market. But now, WIRED has learned, those plans have been abruptly dropped.

“Buri, it turns out, had more than just the hornlessness gene slipped into his genome. Part of the editing machinery, the piece of bacterial DNA that delivered the desired gene into Buri’s cells, called a plasmid, had accidentally gotten pasted into his genome. He was, in fact, part bacteria — a teeny tiny part, around 4,000 base pairs out of about 3 billion.”

Recombinetics had reportedly checked for unexpected alterations during the process, concluding in 2016 that none occurred. But, Tad Sonstegard, CEO of Recombinetics’ agriculture subsidiary, Acceligen, told Wired, “We weren’t looking for plasmid integrations. We should have.”

Recombinetics also asked the FDA to grant the gene-edited hornless cattle “generally recognized as safe” status in 2016, but the agency declined.

In 2017, the FDA announced it would begin classifying animals with edited or engineered DNA as drugs, prompting backlash from the biotech industry, which doesn’t want such foods labeled.

Prior to this, in November 2015, the FDA approved AquaBounty salmon, which contains the DNA from two other fish, a growth-promoting gene from a Chinook salmon and a “promoter” gene from the eel-like ocean pout.

This genetic tweaking results in fish with always-on growth hormone, and because they grow so much faster than other salmon, they also require less food. The GE fish were first sold and eaten in Canada, but AquaBounty acquired a fish farm in Albany, Indiana, where eggs intended to grow the first GE salmon for human consumption in the U.S. arrived in May 2019.

AquaBounty began harvesting the GE salmon in late 2020 and is in the process of building another facility in Pioneer, Ohio, which will have about eight times the output capacity of the Indiana farm.

They describe their next phase of growth as transitioning to a commercial production enterprise, even as the health and environmental consequences of consuming and producing these altered salmon — or other gene-edited foods — remain unknown.

The FDA’s decision to grant gene-edited cattle a low-risk determination marks the first time the FDA has used “enforcement discretion” for IGA in an animal for food use. However, it’s unlikely to be the last, paving the way for more gene-edited animals to quickly reach the U.S. food supply.

In fact, Steven Solomon, director of the FDA’s Center for Veterinary Medicine, made it clear that he hopes more gene-edited animals for food production will soon be brought to the market:

“[The] decision underscores our commitment to using a risk and science-based, data-driven process that focuses on safety to the animals containing intentional genomic alterations and safety to the people who eat the food produced by these animals. It also demonstrates our ability to identify low-risk IGAs that don’t raise concerns about safety, when used for food production.

“We expect that our decision will encourage other developers to bring animal biotechnology products forward for the FDA’s risk determination in this rapidly developing field, paving the way for animals containing low-risk IGAs to more efficiently reach the marketplace.”

The public, however, may not be thrilled with the idea, especially as many increasingly seek out real, whole foods in lieu of GMOs. One survey found only 32% of Americans are comfortable with GMOs in their food.

It’s important to note, too, that long-term safety studies have not been conducted. The Center for Food Safety’s Jaydee Hanson is among those who stated the FDA should study gene-edited animals for several generations to look for problems.

In an interview with GM Watch, Michael Antoniou, a London-based molecular geneticist, also explained that significant changes could occur due to genetic editing, in both agricultural and medical contexts, necessitating long-term safety and toxicity studies.

For now the best way to avoid gene-edited foods, if you so choose, is to purchase organic and, even better, biodynamic foods.

The views and opinions expressed in this article are those of the authors and do not necessarily reflect the views of Children’s Health Defense.

America in Bible Prophecy & The Mark of the Beast