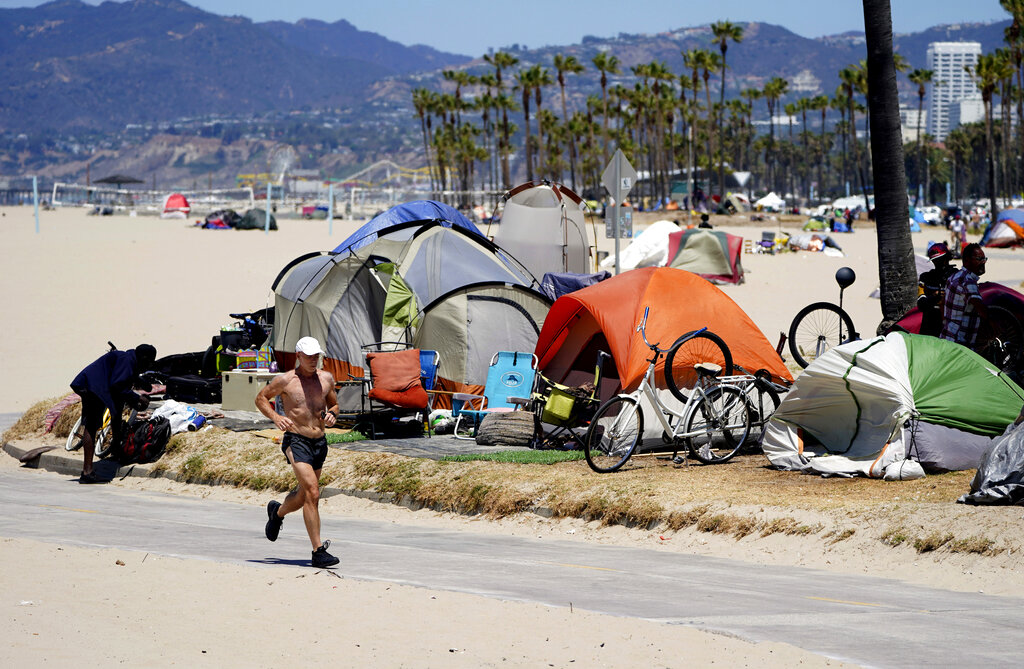 The Super Bowl shuffle has come to Los Angeles, where officials are moving homeless residents out of the way.

For example, a homeless encampment near SoFi Stadium was recently cleared out, according to NBC. One near the LA airport was cleared as well, according to Fox News.

“The city has always done this,” Soledad Ursua, a member of the Venice Neighborhood Council, said.

“They moved homeless encampments last April for the Oscars, and so that’s really their approach. They just want to hide it. They don’t want tourists to see this coming in,” she said.

Inglewood Mayor James Butts, whose community hosts the stadium where the L.A. Rams and Cincinnati Bengals play Sunday, insisted the game was not a factor.

“This is something that occurs year in and year out,” he told NBC. “So this one, it was just time for this one.”

“It would be hard to say it is not related to the Super Bowl,” she said, according to Newsweek.

Ursua said the shuffling of homeless people will not put a shine on the city’s image.

Has LA fallen so far it will never be the city it was?

“For tourists who are coming in for the Super Bowl, this is something, and they’re going to see. Homelessness has now spread to every part of L.A. City,” she said.

But in Venice, residents are angry that of all places picked by officials, a library was selected as a spot to create a tent city for the homeless.

“It started with one tent, and then, eventually, in less than three weeks, all of a sudden, all these tents went up,” said Yolanda Gonzalez, who lives across from the library.

Chie Lunn, a member of the Venice Neighborhood Council, said the spot poses a risk to the innocent.

So they cleaned out all the homeless camps around SoFi stadium where they’re playing the superbowl……
So does that mean they made the homeless people homeless? 🤔

Asking for a friend……

“It is so frustrating to see this,” Roberts said.

The shuffling has raised the ire of City Councilmember Mike Bonin.

“I am fighting every day for more housing, shelter, and services to get people off the streets, here and elsewhere — and my efforts are consistently opposed by obstructionists who say they oppose encampments but try to block every alternative,” he said.

“In just the past few months, we have housed hundreds of people who were unhoused in Venice, and are on track to do much more —even as hundreds of more people are forced into homelessness in LA every day,” Bonin said. “It is ironic that many of the people claiming encampments are moving from one neighborhood to another are the ones advocating for failed policies that do just that.”

“The way to end homelessness is housing and services, which is why I oppose failed policies that criminalize homelessness and push encampments from one neighborhood to the next,” he said