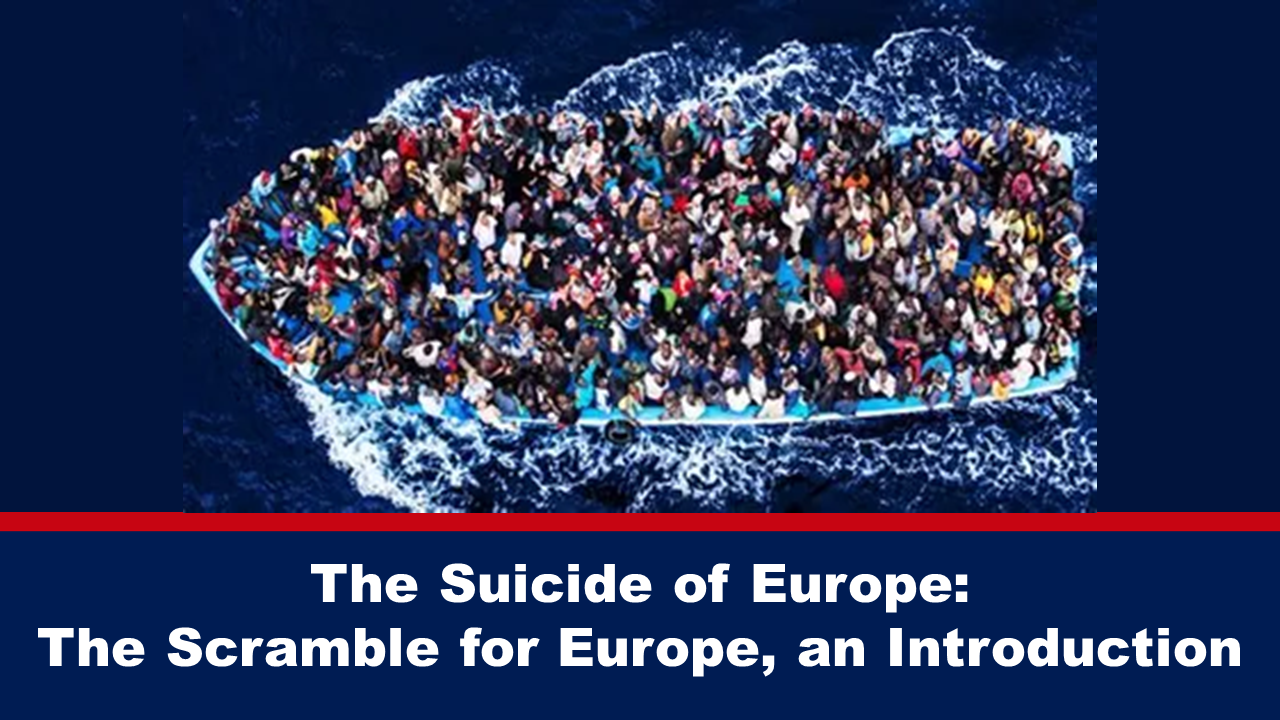 Mass migration is not, as it seems, an organic emanation of humanity from poor countries, but a calculated project to repopulate the territory of the declining West, with racism its chief instrument, wrote John Waters.

In his 2019 book, The Scramble for Europe: Young Africa on its way to the Old Continent, Stephen Smith has much to say about the African population, culture, incomes and recent economic and social patterns, filling in the spaces in our knowledge of the background to the media headlines of recent times, and explaining the source causes of the present drifts from Africa to Europe.

He is less interested in overall figures than in age structure, dependency ratios and fertility rates. ‘I do not lie awake at night trembling at the prospect of an Africanisation of Europe,’ he writes. Still, he outlines facts relating to the two continents that ought to concern the inhabitants of both, albeit in different ways.

Smith, who spent thirty years as a journalist, moving between Libération and Le Monde, and is now a Professor of African Studies at Duke University, believes that neither Africa nor Europe is prepared for the coming ‘migratory encounter of unprecedented magnitude.’

In a two-part series titled ‘Europe’s Death Rattle’, John Waters explores mass migration with reference to The Scramble for Europe.  Part I discusses – as the culmination of a long-time plan – a global calamity of food scarcity, due to Covid measures and ‘sanctions’, which will cause record numbers of mainly African migrants to enter Europe seeking food.

As Waters’ articles are longer than most would read in one sitting, we are breaking Part II, headed ‘Open Borders, Shut Mouths’, into shorter sections and publishing them as a series titled ‘The Suicide of Europe’. This article is the first in our series.

Though in his remarkable book, The Scramble for Europe, Stephen Smith tends to soft-focus these aspects, what we can see clearly from his analysis is that there is in train a cultivated exodus from Africa into Europe that is orchestrated from within the West, with motives that are self-evident to even the casual observer.  Although conventional wisdom in the West has it that the issue of mass migration out of Africa (and by extension other ‘developing’ countries — for which read ‘the undeveloping countries’) is one of absolute need on one side and a ‘duty’ to step up and deliver ‘compassion’ on the other, the reality, as we have seen, is rather different.

The vast majority of migrants are not ‘the poorest of the poor’ of popular bleeding-heart spin, but the relatively better-off.  They are, as Smith explains, the ones who have managed to up sticks and come to the West as a direct result of Western aid that was, nominally at least, intended to provide Africans with a jumpstart in their own countries, but is instead functioning to suck the most intelligent and creative human life out of Africa and deposit it in Paris, Dublin, Berlin and London.

The point of this has to do with neither the dreams and desires of the migrants nor — even less — the betterment of poorer countries but is entirely about achieving certain outcomes in Western societies, the first among which is to drive down wages so as to make the world even more congenial to corporate interests. And there are other motives also, as we shall see.

John Waters was a journalist, magazine editor and columnist specialising in raising unpopular issues of public importance.  He left The Irish Times after 24 years in 2014 and drew the blinds fully on Irish journalism a year later.

Since then, his articles have appeared in publications such as First Things, frontpagemag.com, The Spectator, and The Spectator USA. He has published ten books, the latest, Give Us Back the Bad Roads (2018), being a reflection on the cultural disintegration of Ireland since 1990, in the form of a letter to his late father.

The above is an extract from his article ‘Europe’s death rattle, Part II’.  You can read Part I HERE.  Follow John Waters’ work by subscribing to his Substack HERE.

A Message To The Masses | End Times | Bible Prophecy |