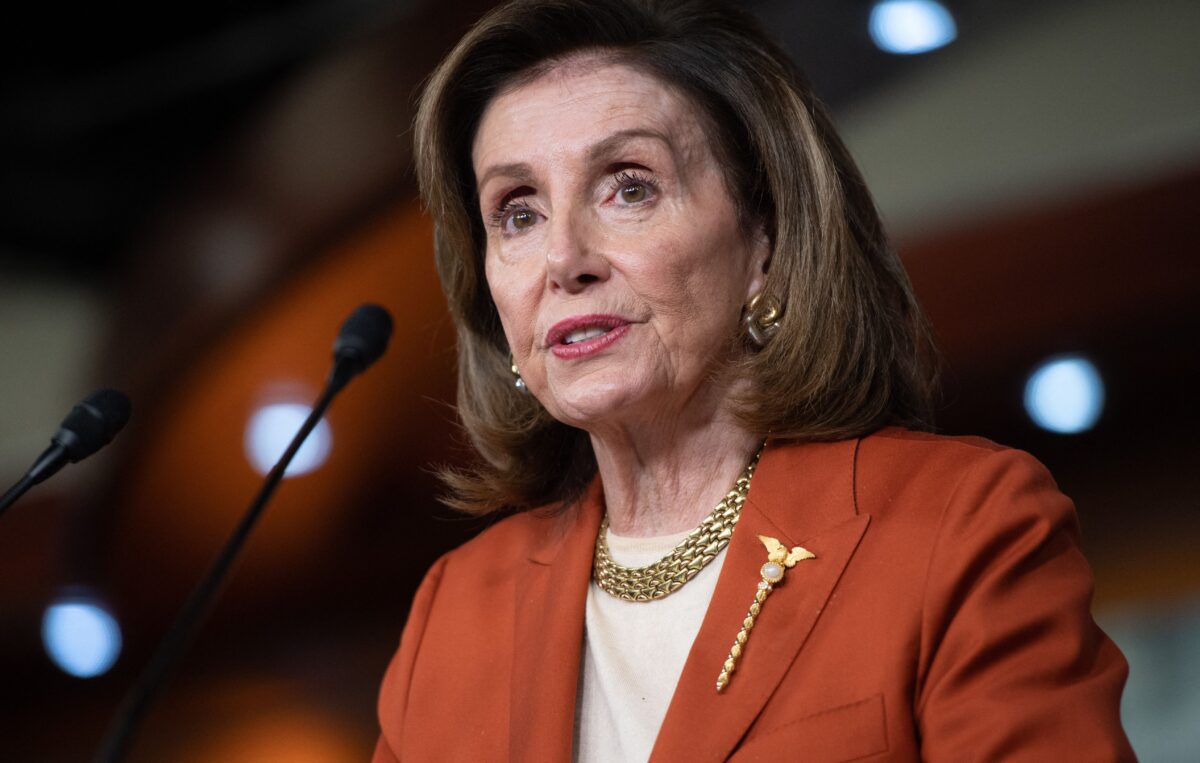 Wang Yi, the Chinese regime’s foreign minister, said the response would ensure Washington bears “all the consequences,” without providing details. He also accused the United States of trampling on its “red line” over Taiwan.

Pelosi’s trip to Asia this week has been postponed after she tested positive for COVID-19 on Thursday. According to a statement from her Deputy Chief of Staff Drew Hammill, she was originally going to lead a “congressional delegation” to Asia.

Her original Asia trip would have included Japan, according to several Japanese media outlets.

Japanese broadcaster Fuji News Network (FNN) was the first to report that Pelosi’s trip included a visit to Taiwan, citing unnamed sources. Pelosi would have become the first serving House speaker to visit Taiwan since Newt Gingrich (R-Ga.) made a trip to the self-ruled island in 1997.

Before her trip was postponed, Pelosi’s office could not confirm whether her Asia trip would include Taiwan. Neither has the Taiwanese government confirmed the report.

According to the Chinese foreign ministry, Wang issued the warning during a phone call Thursday with Emmanuel Bonne, who is the French President’s advisor.

The warning did not end with Wang. During a daily briefing on Thursday, Zhao LIjian, China’s foreign ministry spokesperson, said “all possible consequences that arise from this will completely be borne by the U.S. side.”

Beijing becomes upset whenever foreign government officials visit Taiwan, as the communist regimes believe these visits would undermine its territorial claim over the self-ruled island. For Beijing, Taiwan is a part of its territory to be united with the mainland, by force if necessary.

Internationally, Taiwan is widely recognized as a de facto independent entity, an island with its own military, constitution, currency, and democratically-elected officials. Currently, Washington and Taipei do not have formal diplomatic ties but the two sides enjoy a robust relationship under the Taiwan Relations Act.

Taiwan’s Ministry of Foreign Affairs, in a statement released on April 8, said Wang’s comments were “outrageous, absurd, and unreasonable.”

“The Chinese authoritarian regime has absolutely no clue on how to respect public opinion and how democratic countries operate,” the Taiwanese ministry stated. “It only knows how to intimidate other governments and elected officials with a hegemonic mentality.”

The Taiwanese ministry stated it hopes that more dignitaries from around the world will be willing to visit the island, in order to “witness Taiwan’s democracy, [and] understand first-hand the challenges that Taiwan faces standing at the front line against authoritarianism.”

“I wish you good health & a prompt return to the office. We look forward to continued cooperation to safeguard freedom & human rights,” Tsai wrote.

Mike Mullen, former chairman of the U.S. Joint Chiefs of Staff, and Mike Pompeo, former secretary of state, both visited Taiwan in March.

In a speech during his visit, Pompeo said the U.S. government should formally recognize Taiwan as a free and sovereign country.

The Epoch Times has reached out to Pelosi’s office for comment.

Frank Fang is a Taiwan-based journalist. He covers news in China and Taiwan. He holds a master’s degree in materials science from Tsinghua University in Taiwan.

Matthew 24: The Destruction of the Temple and Signs of the End Times, The Day and Hour Unknown