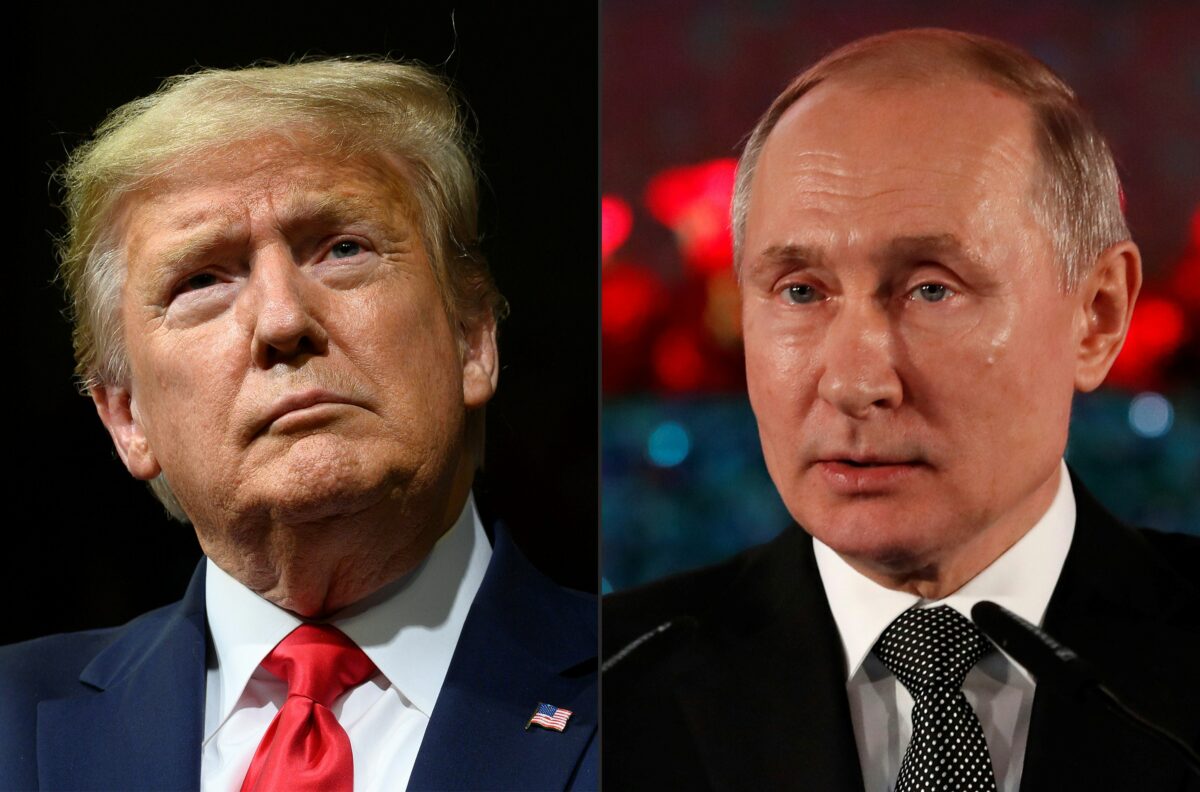 Former President Donald Trump said he didn’t believe Russian President Vladimir Putin would order the invasion of Ukraine, adding he believed that the massing of troops along Ukraine’s borders was a negotiation tactic.

Trump added that he figured Putin “was going to make a good deal like everybody else does with the United States and the other people they tend to deal with … like every trade deal.”

Meanwhile, the former-commander-in-chief categorically denied claims that he was soft on Putin or Russia. Since the 2016 election, Democrats and corporate news pundits have claimed, without evidence, that Moscow colluded Trump’s campaign—the origins of which are now the subject of special counsel John Durham’s investigation.

“I’ve been very, very tough on Putin. I get a bad rap on that,” Trump told the news outlet, adding that Russia would not have invaded Ukraine if he was president.  “At the same time, I got along with him very well. But I got along with most [world leaders] very well.”

“When you think of it, who was tougher on Russia than me?” Trump then asked, adding that when he was president, the Nord Stream 2 gas pipeline that runs from Russia to Germany was blocked.

Late last year, the Biden administration waived U.S. sanctions on the company building the pipeline. Days after the start of the Feb. 24 Russia–Ukraine conflict, the White House announced it placed sanctions on the firm and its corporate officers.

During NATO’s 70th anniversary summit in London in 2019, Trump said that “NATO should always be in dialogue with Russia … [and] can have a very good relationship with Russia.”

Jack Phillips is a breaking news reporter at The Epoch Times based in New York.